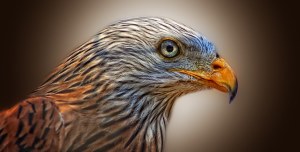 Edwin Allen James "Jim” Barkley, born September 6, 1926 in Fort Wayne, Indiana to Charles Barkley and Elizabeth (Liggett) Barkley, died July 23, 2019 in Canon City, Colorado at the age of 92. Jim spent his childhood and youth in Rome City, Indiana where he received his early education, developed a strong work ethic and love of nature.

Jim joined the U.S. Navy and served in World War II.  He was also recalled for duty later during the Korean conflict. He completed bachelor’s and master’s degrees in biology at Indiana University.

On September 6, 1949, Jim married Nita Maria Wireman who caught his eye when they were students at Indiana University. Over the next ten years, they added five children to the family. After spending a few years as a research biologist, Jim moved the family to Colorado. He took a job as a biology teacher at Canon City High School and taught there until his retirement. He was a gifted educator and highly regarded by both students and staff. He helped shape many young lives and careers.

He enjoyed many years of retirement where he was free to pursue his love of the outdoors, including extensive gardening, volunteering at a raptor rehabilitation center, scuba diving, and many trips, both domestic and foreign, with Nita for bird watching, whale watching, and studying local flora. Grandchildren were an important part of his life and he enjoyed sharing his love and knowledge of the outdoors with each of them.

Jim was a man who loved the natural world, his family, his country, his God. He made positive contributions to this world and his presence will be greatly missed.

At his request, no services are planned.

To send flowers to the family or plant a tree in memory of Edwin A.J. "Jim" Barkley, please visit our floral store.